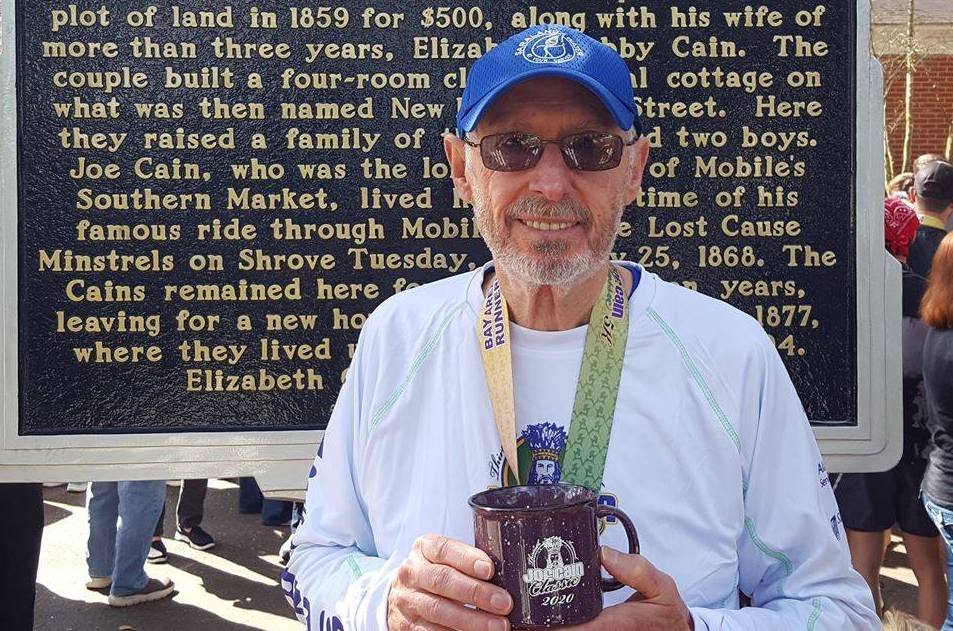 On this episode of the Get Healthy Alabama podcast we (Dr. George Burroughs and BetyLou Pierce) sit down with Ron Mitchell to discuss the best kept secret in medicine: the fact that, given the right conditions, the body can heal itself. Ron shares the lifestyle habits he adopted to reverse a condition that doctors told him was incurable.

(May take a few seconds to begin playing)

What do you do when your doctor informs you that you have high blood pressure?

You take blood pressure medicine… for the rest of your life.

That’s the path Ron Mitchell was on.

An avid runner, Ron’s blood pressure had gotten to the point where he needed to regulate it with medicine.

Until he had an allergic reaction to the medication that landed him in the Emergency Room.

At that point, he decided that he was done with taking prescriptive drugs.

He increased his running and made some dietary changes. Specifically, he eliminated meat products from his diet and began following a plant-based diet.

That was over ten years ago and he’s never had a blood pressure problem again.

He’s also never taken another prescriptive drug of any kind.

Let me remind you of something:

Reversing high blood pressure AND not taking any prescriptive drugs is virtually unheard of in this country.

Especially for a 75 year old male.

But Ron is living proof of what the human body is capable of.

Learn more about Ron’s story and what YOU can do to live your best life by listening to this week’s episode.

Also, as mentioned in the episode, here are some individuals you can Google if you're interested in learning more about plant-based diets:

After listening, please share this episode with a friend.

Also, if you haven’t already, go to iTunes or Spotify and subscribe to the podcast and give us a rating. (Thanks!!!)

To reach us directly, connect with us at www.Facebook.com/GetHealthyAlabama Get the right Enzyme